We are closed for the festive break from Tuesday 17th December, back to work on January 5th 2021. We do offer an emergency property repair service during this time, call Dave on 07860 191 395 or Mansfield (01623) 555 051 – Mansfield and surrounding towns; Kirkby-in-Ashfield, Sutton-in-Ashfield, Huthwaite, Tibshelf, Mansfield Woodhouse, Forest Town, Pleasley and Derbyshire. 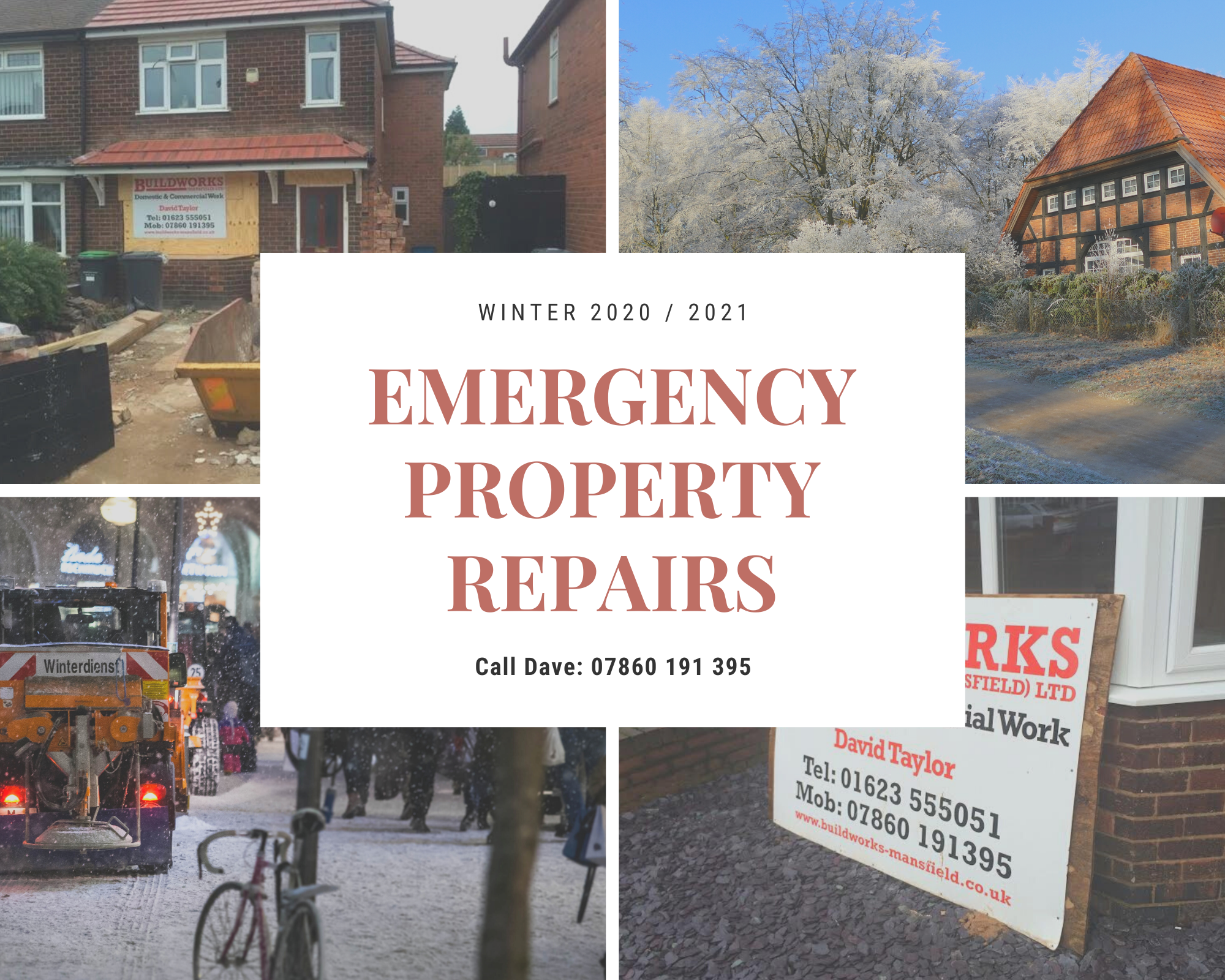 Picture the scene, it was December 2020 and storms and gales hit Mansfield –

Residents shivered in their beds and quivered as the wind whistled around their rooftops. Then there was a noise that was loud enough to get you out of bed at 3am in your housecoat and slippers – that creaky, slidey kind of noise and it’s followed by rubble hitting the garden path.

The TV aerial which was fixed to the chimney pot had become dislodged, taking a few bricks down with it.

Peter G, a resident in Mansfield who was recommended Dave by a friend, gave him a call on his mobile and was seen later that same afternoon.

“Dave measured up the damage and gave me a price on the spot. I was very happy with his quote and shook his hand to seal the deal. Dave bought all the materials, safely scaled the roof of the house, repointed the chimney and affixed the TV aerial. Whilst he was up there he noticed half a dozen dislodged tiles which were also fixed the next day. I was very appreciative of the prompt service by Dave and it’s no wonder he has so many referrals.”

We spoke to Pete today regarding his testimonial and he confirmed the repair was super strong and that he was happy to appear on the website as a genuine customer in need of emergency domestic repairs.